I’m surprised this one hasn’t been submitted a million times. Here we have The Kinks 1964 single “All Day and All of the Night” with The Doors 1968 track “Hello, I Love You”. I’ve also included The Kinks’ 1981 song “Destroyer” which is borrowed from their own song.

In the liner notes to The Doors Box set, Robby Krieger has denied the allegations that the song’s musical structure was stolen from Ray Davies, where a riff similar to it is featured in the Kinks “All Day and All of the Night”. Instead, he said the song’s vibe was taken from Cream’s song “Sunshine of Your Love”.
– The Doors’ wikipedia page for “Hello, I Love You”

I’m not really sure how “Sunshine of Your Love” is related but here are the other tracks: 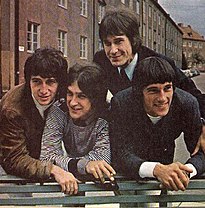 Tech-y update: Site was switched from ‘http’ to ‘https’. What does this mean for you? Pretty much nothing. What does it mean for me? Every post’s Facebook Likes is reset to zero. Oh well, this is just the way it works.

Every Melody Possible Is On A Hard Drive

Someone used a computer to generate “every melody possible”. Find out how and why. Oh and you can download them too! Click here

Check out every post on the site that has made it’s way into court (or settled out of court).

Somtimes an advertiser can't get the song they want for their commercial so they have someone write one that sounds just like it. How do you feel about this? Have a listen!

March 18, 2020 – A federal judge in Los Angeles handed a major victory to Katy Perry on Tuesday, overturning a jury’s verdict that found the pop superstar and her collaborators copied her 2013 hit “Dark Horse” from a 2009 Christian rap song. READ MORE

Lukasz Gottwald (aka Dr. Luke)
Curious about the producer behind “Dark Horse” and some of pop music’s biggest hits? Click here

Email Artists and Song Titles to submit[at]thatsongsoundslike dot com and I will listen! I have a ton of submissions but I will eventually reply!

This example will link to the chorus of Green Day's "21 Guns by appending "#t=1m01s" to the end (without the quotes). It means start the video at 1 minute 1 second.